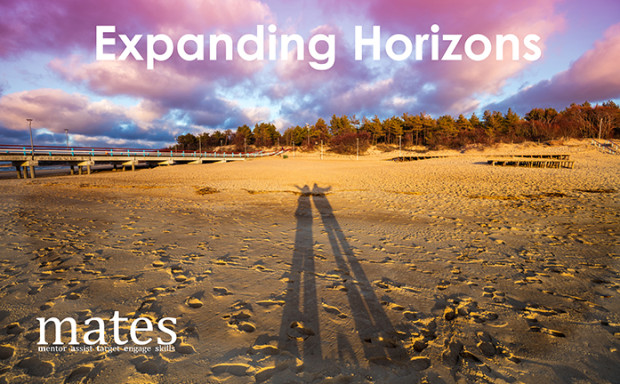 ‘Shane’ was a young man who had plenty of challenges and was enrolled in a school re-engagement program.  He was matched with ‘Mark’, a local business owner with a big heart.  Mark quickly became a significant positive influence on Shane and opened up a new world for him.  Mark took him water-skiing, took an interest in Shane’s participation in football and hosted him for a work experience placement.  Shane asked him for an apprenticeship as a motor mechanic.  After speaking with teachers at Shane’s school, Mark offered him an apprenticeship.  Two years on, Shane is thriving in a positive work environment and is well on his way to becoming a fully qualified mechanic.

‘Jenny’ was another young person with plenty of challenges in her life.  She lived in a very small town with her single mum and seven siblings.  Jenny was paired with ‘Wendy’.  Wendy is a happy person with an endless positive attitude.  She provided Jenny with plenty of new experiences such as visiting arts performances in Horsham and encouraged her to focus on her completing her secondary education.  With Wendy’s support, Jenny was elected school captain and also won the local Lion’s Club Youth of the Year award.  Jenny also competed in the regional finals of the Lions Public Speaking competition and spoke about the benefits of the mentoring program.  Wendy and Jenny’s mum were proud spectators at the finals.

‘Greg’ and 16 year old ‘Luke’ are a newly made match, meeting each other in May, although it is almost like Greg and Luke have known each other for years. Luke doesn’t let his ADHD and Asperger’s diagnosis come between their shared love of motors.  Greg and Luke have engaged and developed a strong relationship over the restoration of small engines. Greg is now supporting and coaching Luke towards obtaining his learners permit and has also enrolled to become a L2P mentor in order to take Luke out driving. Since meeting Greg, Luke has been more engaged at school and is setting his mind on a career in the automotive industry. Recently Luke attended a ‘Try-VET’ day participating in a session towards undertaking Certificate 2 in Auto through the VET in schools program. Luke has been so much more focused since being matched with a MATES Mentor and now has the confidence and belief in himself to seek his dream of becoming a mechanic.

(Names of mentors and mentees have been changed to protect the privacy of participants in the mentoring program.)